Divorce was the second biggest cause of a derailment to retirement plans after personal illness last year, according to research by interactive investor.

The investment platform’s Great British Retirement Survey of 12,000 people found that 11% of those who said their retirements had suffered as a result of a “major life event” cited the break-up of their marriage.

Other big events causing retirement plans to go wrong in 2020 were personal illness (24%) and the death of a partner (8%), the survey found.

“People are suffering financial hardship as a result of divorce that is avoidable with better guidance,” commented interactive investor head of pensions and savings, Becky O’Connor. “The high proportion of people who do not discuss pensions during divorce proceedings is worrying.

“Along with a family home, a pension is likely to be one of the biggest joint assets that a couple builds up during their life together.

“Despite the introduction of the Welfare Reform and Pensions Act 1999, which introduced the concept of pension sharing as a solution for a former spouse to share in the pension rights of their ex-partner, there remain countless examples of divorce settlements that leave one partner, usually the woman, worse off in retirement.”

The investment platform has recommended that women increase their contributions to their own private pension provision throughout working life, to avoid losing out should they end up facing divorce.

“Unfortunately, financial advice is not always taken at the same time as legal advice during divorce proceedings,” O’Connor added. “Some people may consider it too expensive, on top of so many other expenses.

“It’s vital to talk about pension sharing as a couple if one of you takes time out of work and it’s also important to know how much your spouse’s pension is worth.” 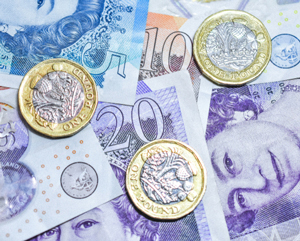