Rishi Sunak has announced that government grants will be made available to firms facing tier two restrictions around the UK.

The chancellor told the House of Commons that a regional tiered approach is the “right way to control the spread” of coronavirus.

The chancellor suggested the tier two grants will be equivalent to 70% of the value of the grants for closed businesses in tier three areas, and said that grants for firms in local lockdown areas can be backdated to August.

Sunak also announced new changes to the government’s Job Support Scheme (JSS), which he said will make the scheme “more generous for employers”.

When it was originally announced, the JSS – which is still to come into effect on 1 November – would have seen employers paying a third of their employees’ wages for any hours not worked, and required employers to work 33% of their normal hours.

The chancellor has now announced that the employer contribution to unworked hours is being reduced to 5%. Sunak has also reduced the minimum hours requirements for the scheme to 20%, meaning those who work just one day a week will be eligible.

In a third and final measure announced by the chancellor in the House of Commons, the government is also to offer extra support to self-employed workers. Sunak’s announcement will see increases to the amount of profits covered by the two forthcoming self-employed grants, from 20% to 40%, meaning the maximum grant will increase from £1,875 to £3,750.

Responding to the chancellor's speech, Labour’s shadow chancellor, Anneliese Dodds, was critical of the announcements and described the government’s approach as a “patchwork of poor ideas, rushed out at the last minute”. 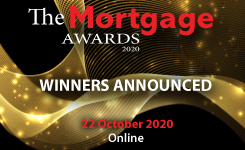